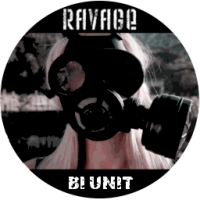 BI Forum Ravage Club , is an open Club and it is including topics , based on Ravage Mod. Thanks Haleks for this great Mod. Join in our Discord.