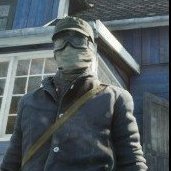 By The Truest King, September 26, 2019 in Suggestions & Feedback