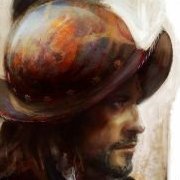 LSValmont replied to a topic

vDog Patrol and vDog Feral Scripts by Valmont and Johnnyboy are long time requested scripts that allow mission makers to easily add MULTIPLAYER COMPATIBLE patrol and feral Dogs to their missions in Arma 3.   vDog Scripts Main Features: - Easily add patrolling ai Dogs to allied, enemy or even playable Arma 3 units. - Easily add ai Feral Dogs who will roam a trigger area and viciously attack any unit who enters their territory. - Lightweight Scripts. (Your FPSs will thank you!). - Multiplayer Compatible! - Fully featured script also comes with sound effects. (Dog barks, growls, cries etc). - Since version 1.3 the scripts also support the ACE 3 damage model! - Even thou the scripts were made with Multiplayer and Performance in mind they work in SINGLE PLAYER just as well. - Since version 1.5 the Dogs will no longer target enemies though walls or objects! (This is a game changer!) - Since version 1.6 Patrol Dogs can be controlled by the player by assigning the dog to different TEAM COLORS! Dogs on TEAM RED will attack enemies at will.
Dogs on TEAM GREEN will stay on their position.
Dogs on any other TEAM COLOR will follow their owner without engaging enemies. - Since version 1.7: - The Dogs can now be targeted and shot by REGULAR Ai UNITS (This is a first for Arma 3 in the Multiplayer Department!). It can be enabled or disabled when the scripts are EXEC. (Enabled by default) - You can now command the Dogs to "ATTACK" or "STAY" via the Arma 3 RADIO MENU (0-0). - The Dogs now feature new sounds and wounded textures courtesy of @johnnyboy! - You can now heal your wounded Patrol Dogs! (Only one dog per player, but you can add more than one to Ai units in your squad for example)﻿ - Charging dogs can now cause nearby Enemy Ai units to flee in terror! - Extensive rewrite of the whole script package, now with AGENT DOGS, to accommodate the massive new features introduced in version 1.8 while performing even better than before.   Requirements: - CBA Community Based addons. (Dependency removed in the latest version but CBA is still suggested just in case). - Basic Mission Editing knowledge. (For adding the commands to the unit's init and/or the triggers).   DOWNLOAD: Demo Mission version 1.9 DOWNLOAD Link (Google drive): https://drive.google.com/open?id=1UbL4IuPZx8eMkg3QvzBteqZYaouLgLnj   Updates/Changelogs:   vDog Patrol Details:     vDog Feral Details:     Special Thanks and Credits:   Known Limitations:   Please don't hesitate to post any questions, suggestions, bugs and testing reports.   Enjoy.
vDog Patrol and vDog Feral Scripts version 1.8 "FASTEST DOGS IN ARMA 3" RELEASED! (05/06/20)   - MAIN FEATURE: JBOY Animal Move (faster animals) incorporated into the vDog scripts! Special thanks to @johnnyboy for making yet another  and a final update possible!    A final extensive script rewrite to accommodate the JBOY Runner Agents with the following changelog highlights:   1) Dogs are now up to three times faster than before!
2) Dogs will now most definitively not go through walls and obstacles in most circumstances other than when getting unstuck from objects.
3) Now the movements of the Dogs, specially the Feral Dogs, are more erratic and evasive, making it harder to kill them.
4) Patrol Dogs' attack distance increased ~25% to accommodate for their faster speeds.
5) There is a small chance now for the Dogs, specially Feral Dogs, to make their targets drop some equipment when attacked!
6) Added yet another 4 more sounds to the Dogs including new calm dogs sounds for when no action is happening.
7) The performance impact of these new features is minimal in contrast to the added benefits.
8.) Fixed the "Heal Dog" not being removed from players once their dog was dead.
9) Prevented the spamming of dog sounds (Now each dog can only play one sound every 5 seconds).
10) Added a check so that Dogs don't move into water so easily.
11) Fixed Dog orders sound spam!   Note: Unless there are bugs to fix, this script is considered FEATURE COMPLETE and will not be updated unless necessary. I would like to thank everyone involved in the project from the testers to the Arma 3 gurus and kind souls who helped along the way.   DOWNLOAD LINK: https://drive.google.com/open?id=1Mi0QfaMqWHaKsJRTEm20gF9aJvOZ8EKf   PS: This script is now by both Valmont and JohnnyBoy! It would be impossible for me not to give him co-ownership after all the resources he has given and all of JBOY Dog's code that the vDogs now use!