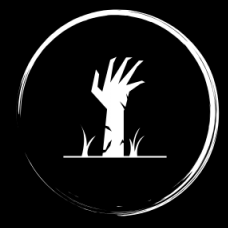 Vandeanson replied to a topic

Welcome to Vandeanson's Basebuilding!    In this thread I will cover everything about my WIP basebuilding mod.    V0. 2: feature showcase and introduction   V0. 3 - I have re-written the blueprint creation function. It is now easy for users to add new custom blueprints or delete default blueprints when creating a mission.
-  added an option to rotate the object (the object that is being built)
- added an option to  get object closer or further away (max distance can be limited, currently at 5m)
- GRAD persistency enabled for placed﻿﻿﻿﻿﻿﻿﻿﻿﻿﻿﻿﻿﻿ stuff (tested in client hosted and dedicated)
- placed objects can be destroyed, you get back scrap materials (which can be refined into other materials again later)
- moving an object will save its new position via GRAD
- added a few new materials - added place-able light source with on﻿ / off switch. I plan to add a feature that requires a generator connected.   See light showcase:   next steps: - release updated showcase video
- add more blueprints
- add GRAD setting to save collected material per player
- "Move" and "deconstruct" addactions to be saved via GRAD
- adding possibilities to destroy other players placed objects
- adding blueprint spawners, so players can collect and learn new blueprints
- material traders
- loot system for all materials that may be found (currently wood, stone and sand can be farmed)   Looking forward to receive any input, suggestion or ideas from the community.    A playable mission demo will follow shortly.    Cheers VD    ﻿
@all   After some time away from Arma, I have had some time again lately to dig into this project. I am progressing well and will release a script version/demo mission rather soon, mainly to gather as much feedback and critique as possible before I release it as mod on steam.    Recent changes & and current state of main features:   Interface: - addaction based - requires the max melee weapon Hammer equipped in hands to make the building menue visible - ressouces count is currently shown as hint when closing the inventory. I might add a HUD tho   Simplified blue-print creator function: - select 3 types of ressources to use (e. g. Wood, electronic parts, sandbags,..)  - select amount of ressources needed - enter classname of object to build. You may add ANY structure you like - select category (Walls, fences, utilies, light,....)  - this will add a respective add-action in the building category of the building menue. Object display name and material costs are shown based on your settings.    Persistent light switch add-action: - adds "Switch Light on/off" add-action to players. This is only visible when near light sources.  - to switch lights on, a power generatior (can be built) needs to be within a certain range - if a light is switched on, the add-action will turn it off instead - works on built lights, editor placed lights and terrain object lights   Utilities (structures needed for basebuilding, that can be built) : - portable generator (e.g. To power lights)  - worktable (to refine ressources like wood into wooden boards)  - workbench (to cut stones into cinderblocks)  - windmill (to power generator)  - welder (to weld metal scraps into metal panels)  - Storage place (roof structure where you can persistently safe ressources e.g. A stack of wooden boards or sandbags that will be available after server restart)    Crafting: - ressource refining, see utilities above - craft gear: experimenting with crafting friths ruins gear - Craft bandages/FAK from cloth ressource  - craft a ghillies suit:)    Ressource gathering and spawn system: - gathering (fell trees, mine stone, dig up sand) using max melee weapons (axe, shovel, pickaxe)  - refining (see crafting and utilities)  - all other ressources are spawned via the loot economy feature   Loot economy: - a dynamic loot spawn system per player - spawns loot 500 meters around the player, but not closer than 40 meters - resets when the player moves 540 meters away from the last spawn point center and deletes the previous loot, unless any other player is nearby - loot types: spawn boxes with addaction that provide random ressources to the respective player - spawn stacks (rewards bigger amounts of ressources) of main ressources near industrial buildings - spawns military style ressources near military structures (razorwire, sandbags, metalpanels)    Persistency: - placed structures are safed via GRID - gathered ressources may be stored in storage structure    Object placement: - free placement - move object away/closer while placing - turn object - align object to ground or sea level - move placed objects again after placement - deconstruct placed object for partial ressource refund - i might add a height restriction, so you can not build 1000m up into the sky   Persistency & MP/coop compability: - persistency via GRAD persistency - MP compatible   Issues & to does: - general code clean up - finalize what ressources should be in - finalize basebuilding categories - finalize default blueprints - tune ressource gains from collecting, crafting or gathering ressources - navigation mesh: AI can still walk through placed walls. Currently no solution available.  - might add a feature to create safezones (to send AI away) in your base, TBD - will add a grasscutter function - create demo mission   - i ll probably add a feature that will reduce spawnchance of loot or ressources when other players are near. To avoid lootexplosions:)    Cheers VD