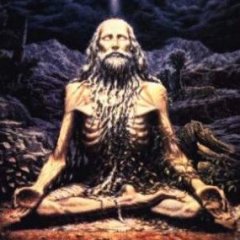 grzegorz replied to a topic

Hi guys! We have released three scenarios based on the Vanguard MP mode to the dev-branch. There are also two official servers where you can join: 85.190.155.162 (EU)  85.190.157.210 (US West) Also you can filter them in the server browser:    server: official type:TDM     FEATURES competitive Team Death Match 30 more players (depends on the scenario) oriented on the cooperation and the combined arms permadeath as default persistent ranking easy to setup new users scenarios RULES  There's a device paradropped on a random spot on the map  its precise location is gradually revealed as the package gets closer to the ground To win: one of three (or two) opposing teams needs to pick up the device, and return it to their base within a certain time limit. or team also wins when they've eliminated the other teams in combat or when they have the highest score at the end of the match     Feel free to play and post your feedback here!
Hello. I found two DEV servers. Both yesterday and today after the update using the "game updater" tool, the BattlEye client copies me from the servers.
I connect to the server. I am in the lobby and I choose the role and I will be thrown out in a moment.
A folder with a stable version of the game was copied to another HDD and updated to the DEV version with the Game Updater tool. I can easily use the game if I am not joining the servers. In the stable version, I do not have problems connecting to servers.
I bought the game and some DLC in Store Bistudio. Dank Tanks I bought on the Steam platform.   https://imgur.com/a/plUPu My rpt file https://1drv.ms/u/s!AhGMc3MQZJqr1D82HI2qJu137x-G