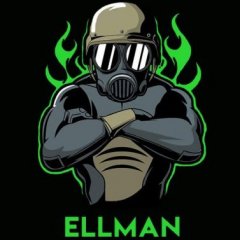 Ellman replied to a topic


Hearts and Minds is a cooperative mission that aims to recreate a post war environment based on an insurgency gameplay.
CSAT forces retreated from Altis and NATO deployed units and vehicles to help the local population.
A new formed group, known as "Oplitas", is againts the NATO intervention and it is ready to fight back.

The mission has a lot of features:   Medical system Logistic system Deep ACE3 support Interaction system IED/Suicide bomber system Dynamic caching system Civilian interaction Reputation system More than 5 side mission Full saving DataBase Optional mods support (CAF and RHS AF) Something I forgot for sure   You main task is to defeat the "Oplitas" group and restore peace and order in Altis.
The militia has an unknown number in the island that need to be destroyed.
They have also ammo caches in various locations, destroy them to weaken its power.

Bad actions cause bad effetcs.
Infact there's a reputation system: helping the local population, fighting the "Oplitas", disarming IED will rise your reputation; killing civilians, losing vehicles, respawns will decrease your repution.
At the beginning you have a very low reputation level, so civilians won't help you revealing important information about Oplitas, they will likely lie instead.

Any support or feedback is always welcome and appreciated!   Requirements: - CBA - ACE3 - RHS US   Credits:
- =BTC= clan - Contributors
DownLoad link     I'm not maintaining this mission at the moment but you could try the new version of Vdauphin, he's working on it costantly and he added and fixed a lot of things: Download link Features added from Vdauphin repository : Extend battlefield to sea Rearm system More than 12 side mission Tanoa map Optional mods support (=BTC= Militia, IWAR: Irregular Warfare, Ericj_Taliban, RDS A2 Civilian Pack, CUP Units and CUP Vehicles) And more!
When adding custom locations I've noticed that civilians don't spawn properly and I can't see the custom locations in debug, is this normal?